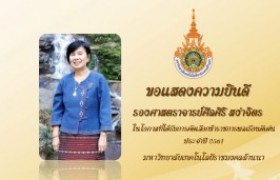 RMUTL congratulated to Best Civil Officers of the year 2018. Including Assoc. Prof. Seensiri Sa-Ngajit, acting for President of RMUTL. The faculty of Science and Agricultural Technology teacher from RMUTL Phisanulok Campus. Miss Pornpan Tarnsook, RMUTL Phisanulok Campus staff. On April 1st, 2019. They got the certificate and Best Civil Officer of the year reward from Prayuth Chan-o-cha, prime minister of Thailand at Centra by Centara ... >> Read more 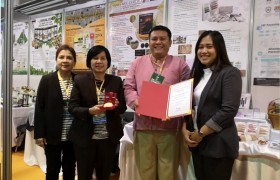 RMUTL Lampang got 11 outstanding inventions and innovation awards in XXII Moscow International Salon of Inventions and Innovation Technologies (ARCHIMADES 2019) on 26th – 29th March, 2019 at Moscow, Russia. Dr. Surapon Jaiwongsa, Vice President for Research and Academic Services RMUTL revealed that the research and academic services are one of the university’s missions. To study and apply the knowledge from the researches to be used to benefit society in March. RMUTL had brought... >> Read more 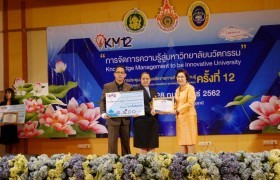 The staffs of Community Technology Transfer Center represented of RMUTL to join the 12th Knowledge Management on 25th – 28th February, 2019 at Asia Airport Hotel, Pathumthani. The staffs had arranged the exhibition of work presentation, sent the best practice articles of the support teachers and staffs, and joined the Community of Practice 3; Academic Service. The staffs got the honorable mention from sending the work about the best practices in multimedia storage... >> Read more 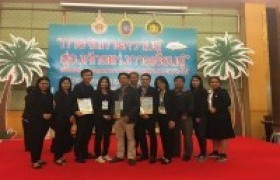 Rajamangala University of technology Lanna. Join the Conference knowledge management networks, Rajamangala University of technology 9 branch in cooperation with the institute of physical education and the National Institute of the 10th. (Knowledge Management to Learning Organization : Km to Lo) During the January 30 – February 2 2560 at a-one the Royal cruise hotel Pattaya, Chonburi province. which RMUTT the ceremony was held at the closing ceremony, there are awards ceremony for submitters... >> Read more