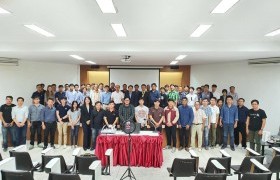 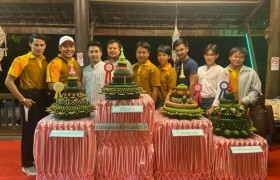 Sunday, 10 November 2019, alumni and students at Rajamangala University of Technology Lanna, Phitsanulok participated in the general category of Krathong competition (rules for 5 hours, 5 teams per contestant) as representatives in the nameRMUTL, Phitsanulok the Loy Krathong Song Kwae Lae past the year 2562, which won the first runner-up, which will be exhibited at the Houseboat Museum Suan Chom Nan Memorial Park, November 10 - 11, 2019 >> Read more 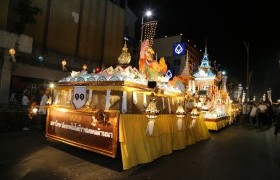 Rajamangala University of Technology (RMUTL) Lanna Unite with the power of unity, teachers and students to decorate the large Krathong parade under the concept of "Noppakhun Buakgar Bongkotkaew Leardleaw  Raming Nakhon "with a procession of worship Inheriting Lanna Traditions Enter the contest of the big Krathong parade Compete for the King's Cup At the Yi Peng Festival in Chiang Mai for the year 2019 by Assoc. Prof Seensiri Sangajit Lead the board of directors Faculty and students Join the... >> Read more 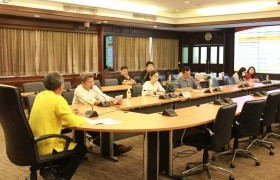 On 8 November 2019, the Lanna, Arts and Culture Preservation Committee led by Assoc. Prof. Dr.Somchat Hanwongsa, Vice President for Special Affairs Presided over the meeting which the meeting of the Committee for the Promotion of Arts and Culture at this time It is to place, monitor and report the results of the operations according to the strategic plan indicators of the university. Report of the implementation of the strategic indicators of the Bureau of Budget for Arts and Culture Preservation Budget year... >> Read more 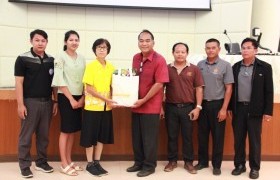 On 8 November 2019, Asst.Prof. Noppadon Treerat, Assistant to the President of RMUTL, Phitsanulok welcomes teachers and students from Phrom Phiram Witthaya School 139 students from Matthayom 6 on a field trip to observe the teaching and learning activities of RMUTL, Phitsanulok, with teachers, students of the Faculty of Agricultural Science and Technology Faculty of Business Administration and Liberal Arts Faculty of Engineering And the Education Division team Organize activities to give knowledge And welcome to... >> Read more 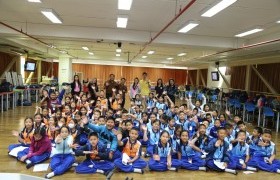 The Teacher of Faculty of Engineering, RMUTL consists of Asst.Prof.Dr.Jutturit Thongpron, Leader of the Stem Project, Aj.Chatchai Laowakun, Aj.Visut Assanavijit becomes a lecturer organize the Gifted Math-Science activities to students Primary 4 , Prince Royal's College, the number of  80 students. To provide students with knowledge in science and technology, mathematics, as well as learning skills outside of the classroom, as well as helping students develop analytical thinking and teamwork. Which... >> Read more 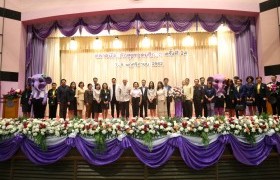 The vocational guidance and educational guidance of student development division, Rajamangala University of Technology Lanna participated in the 24th “Higher Education Fair”, on 7-8 November 2019 at CMU Convention Center. The 4 universities jointly disseminated the programs offered within the university and the applications for new students for the academic year 2020. RMUTL is accepting new students round 1 TCAS 1 portfolio 2020. For those interested in studying can learn ... >> Read more 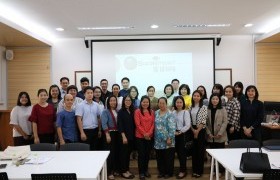 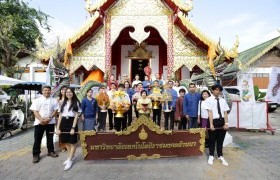 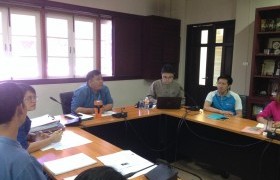