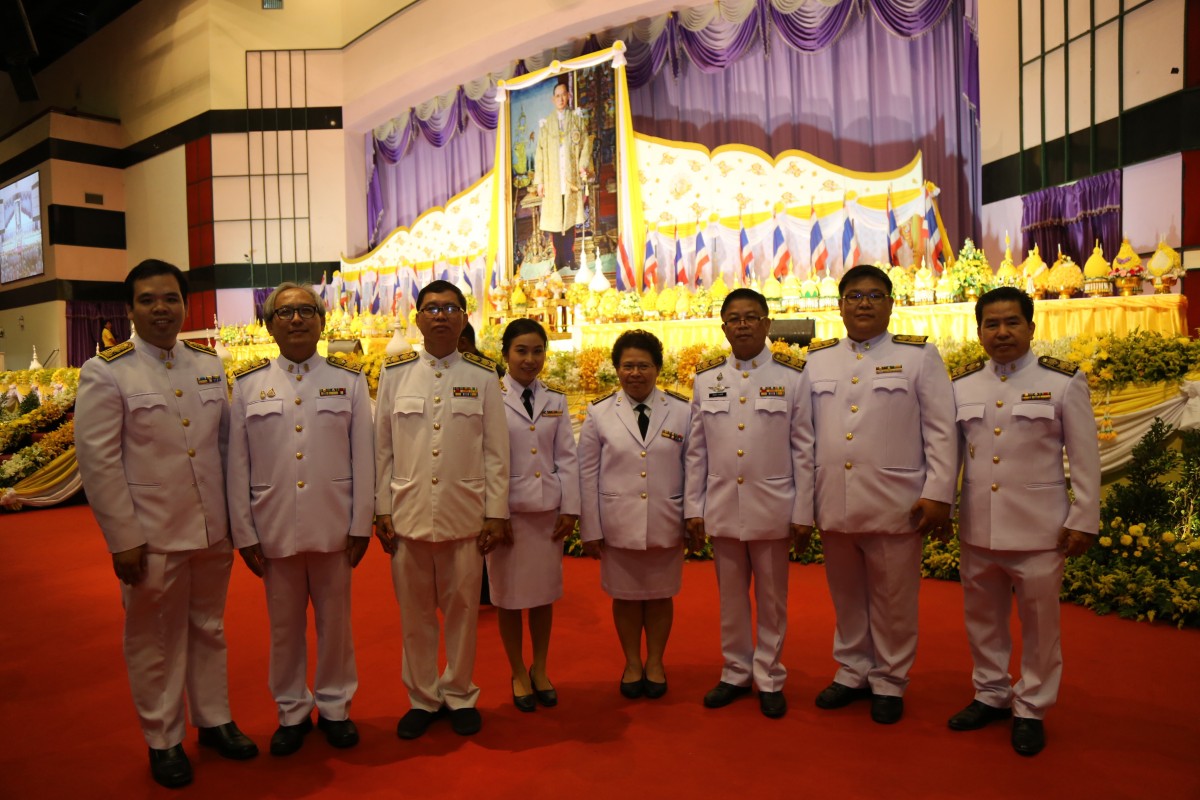 Assoc. Prof. Dr. Theerasak Urajananon, Vice President for Academic Affairs and Student Affairs Aj. Sureeporn Yai-nga, Vice President for Administration and Welfare Led the management team of RMUTL to attend the ceremony on the occasion of the birthday of the King His Majesty the King Maha Bhumibol Adulyadej the Great Borommanat Bophit and Father's Day, 5 December 2019 by Mr. Jarernrit Sanguansat, Chiang Mai governor Presided over by the officials and the people at the Chiang Mai University Auditorium. In the morning to give alms to the monk, 89 monks and then attended the ceremony of offering flowers and paying respect. In order to show loyalty to the Thai King and to commemorate the royal grace of His Majesty the King Maha Bhumibol Adulyadej the Great Boromnat Pittiporn towards the Thai people.