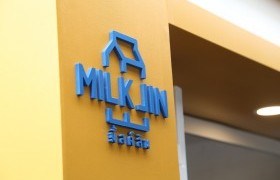 RMUTL cooperate with Chiang Mai Fresh Milk for opening the beverage and ice cream shop (Milk Lin). The collaboration project between RMUTL and Chiang Mai Fresh Milk Co., Ltd. was established under the concept of promoting young entrepreneurs. In the internship project of the Faculty of Business Administration and Liberal Arts, which provides opportunities for intern who are interested to be part of the sales skills practice. Asst. Prof. Seytsuda Preechanon, Assistant to the Dean for Academic... >> Read more 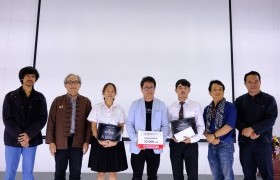 On Wednesday 18th December 2019 from 1 p.m. to 4 p.m. there was a lecture " The life and creation of art by Aj.Thongchai Srisukprasert from 1980-2019" and grant the Art Thesis scholarship to visual arts students from the Fund " Chang Therd " amount 2 scholarships, 30,000 baht per students and paint products from the Artistic Paints Co., Ltd. amount 5,000 bath to Mr.Paphat Srinam (Thai Art),  Ms.Wanwisa Phusing (Media Arts). Asst.Prof. Dr.Peera Junoisuwan,... >> Read more 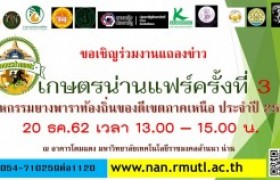 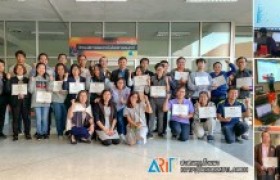 On 14 to 15 December 2019, AIAT together with ARIT, RMUTL organized workshop "Python for Data Science" at the computer lab (Lab4), Library Building, ARIT, RMUTL was honored by Prof.Dr. Thanaruk Theeramunkong, President of AIAT was an expert to give knowledge and Aj.Nongnuch Ketui was a lecturer. This workshop focuses on the apply in the organization including various researches. The participated that practice using the tools and language writing "Python" suitable for beginners... >> Read more 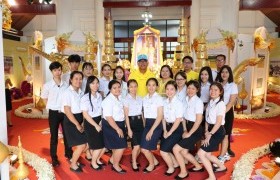 RMUTL participated in activity during the Royal Ceremony that His Majesty the King rides in the Royal Palanquin in the Royal Barge Procession to encircle the city on the occasion of the Coronation of King Rama X annual 2019.
Monday 1 December 2019 / Activity News

Assoc.Prof.Dr.Somchat Hanvongsa, Vice President for Special Affairs together with the personnel and student of RMUTL participated in activity during the royal ceremony that His Majesty the king rides in the Royal Palanquin to encircle the city by the Royal Barge Procession, on the occasion of the Coronation of King Rama X annual 2019. Mr.Charoenrit Sanguansat, Governor of Chiang Mai Province was the leader to pay obeisance to the royal portrait of His Majesty the King Rama X and there is an... >> Read more 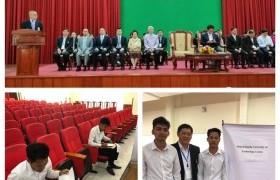 The representative of RMUTL joins the examination of the royal scholarship students' year '63 under Her Royal Highness Princess Maha Chakri Sirindhorn Education Project to the Kingdom of Cambodia.
Monday 1 December 2019 / Activity News 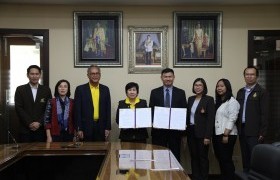 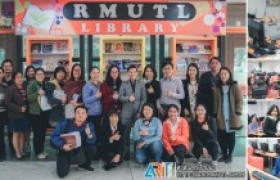 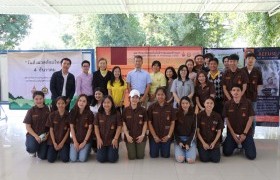 4 December 2019, Civil and Environmental Engineering, Faculty of Engineers organize Thai Environment Day activity to remember the royal grace of His Majesty the King Bhumibol Adulyadej (King Rama IX) the Great His Majesty the King that demonstrating concern for the environmental problems of Thai. Assoc.Prof.Dr.Uthen Khumnan, Vice-Dean, Faculty of Engineering,RMUTL was leader of the opening speech at the cafeteria, RMUTL. Which is an environmental education activity that answer question to win the prizes.... >> Read more 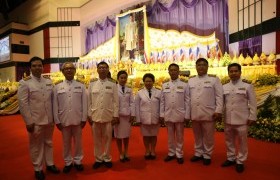 Assoc. Prof. Dr. Theerasak Urajananon, Vice President for Academic Affairs and Student Affairs Aj. Sureeporn Yai-nga, Vice President for Administration and Welfare Led the management team of RMUTL to attend the ceremony on the occasion of the birthday of the King His Majesty the King Maha Bhumibol Adulyadej the Great Borommanat Bophit and Father's Day, 5 December 2019 by Mr. Jarernrit Sanguansat, Chiang Mai governor Presided over by the officials and the people at the Chiang Mai University... >> Read more